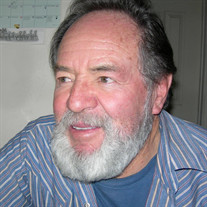 George Eulalio Baca October 14, 1935 – August 20, 2021. George passed away peacefully in his sleep with his wife Eva and his son Jesse by his side. George is survived by his loving wife Eva Trujillo Baca of 67 years, they were married in Barstow, California on November 20,1954. Their surviving children are Johnny (Marie), LeRoy (Sandra), Geordine (Steve) San Millan, Stephen (Margarita), Lucia, Stella Acuna, Jesse, Jeannie (Robert) Perez, and Eva Gloria (Augustine) Garcia. He is also, survived by 22, grandchildren, and 27 great-grandchildren. He is survived by his sisters, Christela Salas, Virginia Jaramillo, Rosela Serafin, and Lorraine Weaver. As well as many more loved ones and close friends from California and New Mexico. George was preceded in death by his sons Bobby, Edward, and Charles. His parents Casimiro and Maria Baca, his siblings, Jose Baca, Julio Baca, Nestor Baca, Domie Lovato, Patricio Baca, Christina Gomez, Alice Castillo, Steven Baca, Mella Rodriguez, Rosalina Vallejos, Carmen Cordova, Rudy Baca, Albert Baca, and Daniel Baca. He was born in Datil, New Mexico on October 14, 1935, and baptized on November 1, 1935, at St. Mary's Magdalene Church in Magdalena, New Mexico. He moved to Barstow in 1947, attended local schools and proudly graduating as a Riffian, from Barstow High School. As a teenager, he worked at various farms in the Hodge, Hinkley, and Barstow area, and the Halfway House Café. In 1953 he began a 43-year career with the Atchison, Topeka and Santa Fe Railway, retiring in 1996 from the Burlington Northern and Santa Fe Railway. He retired as an electrician, one of his most memorable and enjoyable jobs was working in the powerhouse as a Stationary Engineer. He also served in the California National Guard. George was handy with a saw and hammer building two homes for his family, and helped family and friends with various projects, building additions, and remodeling their homes. George was happiest when he was building something or working on his many classic cars especially his yellow "39" Ford pickup and his midnight blue 1951 Mercury. My dad did admit to me that his Toyota Solara was the best car he ever owned, maintenance free and no dents. George was a meticulous and conscientious worker. He instilled in his many children the traits of honesty and hard work. As a result, his children are industrious and are talented in many areas either by being taught by their dad or his teaching that anything is possible. He immensely enjoyed music, playing one of his many accordions, and strumming his guitar. George's funeral will take place September 9, 2021 at St. Joseph Catholic Church, 505 E. Mountain View Barstow CA 92311. Rosary begins at 10 a.m. Mass at 10:30 a.m. Graveside 11:30 a.m. at Mount View Memorial Park, 37067 Irwin Road, Barstow California 92311.

George Eulalio Baca October 14, 1935 &#8211; August 20, 2021. George passed away peacefully in his sleep with his wife Eva and his son Jesse by his side. George is survived by his loving wife Eva Trujillo Baca of 67 years, they were married... View Obituary & Service Information

The family of George Eulalio Baca created this Life Tributes page to make it easy to share your memories.

Send flowers to the Baca family.