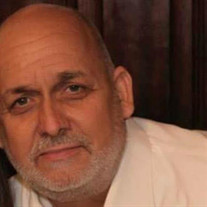 Larry J. Shook was born July 18, 1957 in Barstow, California to Jack Albert Shook and Marjory Shook. Larry grew up in Barstow, California. While attending high school he worked at the railroad as an electrician’s apprentice. He graduated from Central High School in 1973. Shortly after graduating high school, Larry moved to Las Vegas, where he worked repairing slot machines and mastered the ins and outs of gambling. While he was pretty good and understanding gambling, Larry also understood the principle that Casinos are rich for a reason, so decided to make his fortune by enlisting in the military. In the Army Larry was a generator repairman and a light wheeled vehicle mechanic. Larry claims he only fixed one generator and moved it from place to place to make it appear that he repaired all the generators. Larry served in the 101st Airborne Division, deployed to Grenada, and served with the 3rd Infantry Division in Germany. In Germany, Larry mastered international relations. One time, while he was in a pub in Germany, a local asked Larry how he got to be so big. Larry grabbed a cork beer coaster, and said, “By eating beer coasters.” Larry then took a huge bite out of the cork beer coaster and started chewing it. The German fellow followed suit, and could only say through a mouthful of beer coaster, “You Americans are crazy.” Besides serving in the military and shocking international folks, Larry had several children. He fathered Larry Jack Shook (LJ), Marjory Shook, and Solwei Shook. He was also a step father to Nicholas Turbes, Natassja McCoy, and Natalie Black. And if that wasn’t enough, he was also a foster parent to Armando Natal and Aaric Adams. Larry was a 32nd Degree Master Mason for over a decade. As a mason he received the Hiram award, and the James O. Fourr award. Because he would never be able to become master of the lodge due to health reasons, a grand lodge gave him honorary master status due to his work at the Barstow Boron lodge #682. Larry found many opportunities to serve as a mason and a Schriner. He continued to serve for 14 years with his wife Suellen, where they ran the Oasis house, which was a clean and sober living environment for people recovering from their drug and alcohol addictions. There is no way to measure the impact on the lives of those he touched in his service. Larry passed away on Monday, July 17th 2017, the day before his 60th birthday. While Larry’s heart was too weak to withstand the many medical issues that came upon him in the end, we would like to think that his heart was just too big for this world. Those he loved the most he gave the hardest time, but there was never a person that he was not willing to help. We can picture Larry in paradise now, telling stories and cracking people up. We may be sorry for the separation from Larry, but we look forward to our future reunion with him.

The family of Larry J. Shook created this Life Tributes page to make it easy to share your memories.

Send flowers to the Shook family.